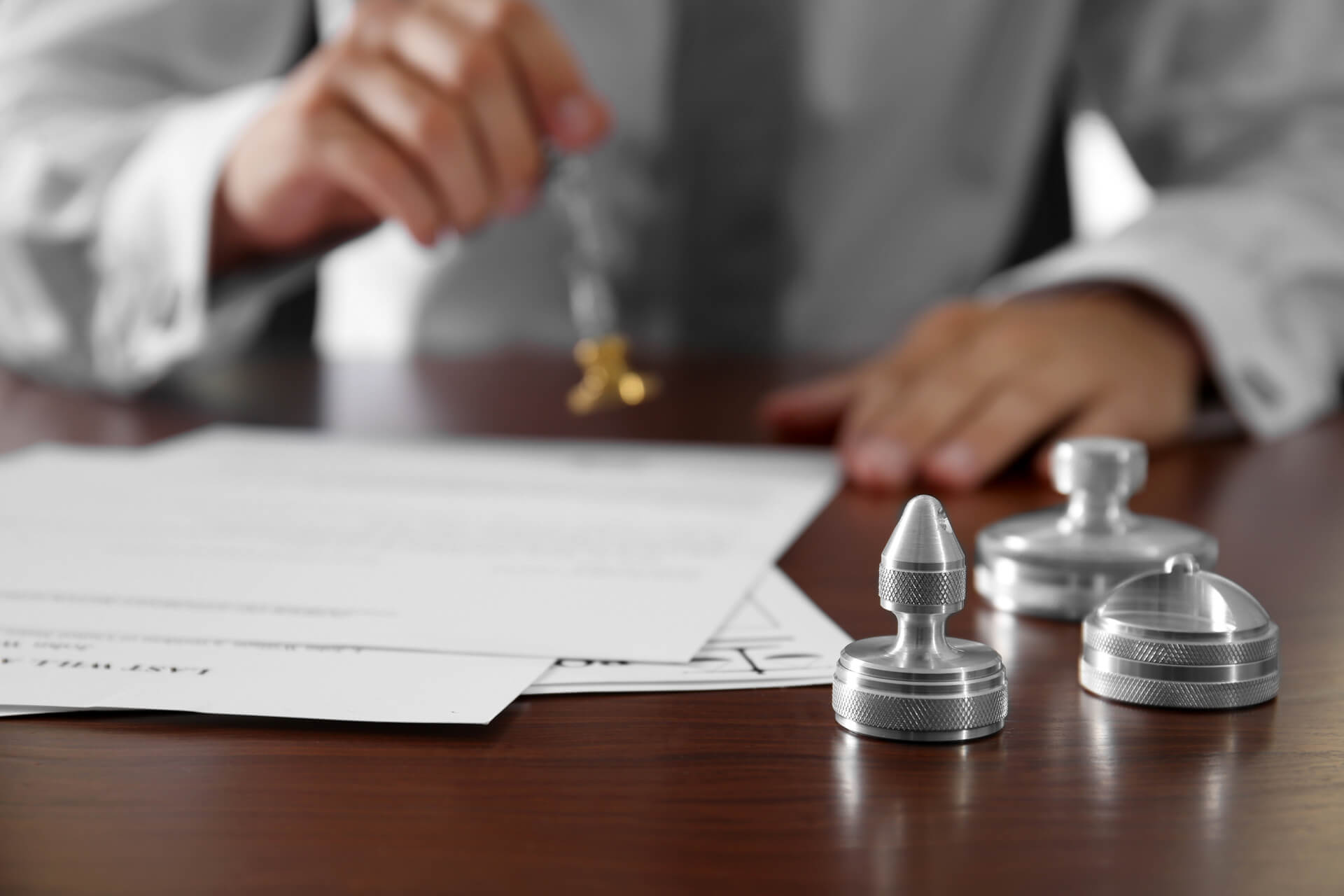 You need assistance with the Apostille attestation of your documents?

If you have any questions or if you need additional information, do not hesitate to contact us!

The legalization is an authentication and verification of documents, which shall serve before the foreign authorities.

It is not an obligatory condition, but almost always the legalization is accompanied by а translation of the document that is made by an authorized translator.

The procedure of legalization with translation goes through several stages, and namely:


The order of preparing the document depends on the country in which it is intended to serve, and respectively, there are several main cases:

For the countries with which the Republic of Bulgaria has signed and still in force bilateral treaties on legal assistance, which include texts for the exemption of the documents from legalization, it is enough the documents, issued by the foreign country, to bear a stamp of the institution authorized in the treaty. The document thus issued is recognized by the Bulgarian institutions and needs only translation into Bulgarian and authentication of the translator's signature.

Some documents for civil status issued by and intended to serve before the countries that have signed the Convention on the issue of multilingual extracts from civil status records, which is signed on 08.09.1976 in Vienna (in force for the Republic of Bulgaria since 18.12.2013) also may be exempted from legalization.

The validity of documents from countries that are not Parties to the Hague Convention and with which Bulgaria hasn’t got concluded treaties on legal assistance, shall be certified according to the full legalization procedure.

This website uses cookies for better experience of the user on the website as well as for analyzing and offering promotional offers. For more information click on the button “More information” or choose “Cookies settings” at the bottom of the website. If you continue to use the site, you are agree with the use of cookies for the selected purposes.
MORE INFORMATION Got it

Advertising cookies (used by third parties) gather information to improve the information that we provide to you according to your interests. In some cases, these cookies include processing of your personal data. For more information on this process, please read our Privacy policy.
Save
You have the option to change your choices at any time by using the button “Cookies settings” at the bottom of the website.